In 2016 and 2017 I had the honor to present at RSA next to Mike Assante. I know him as one of the few people in our industry that not only understood the technical details of how attacks work and how attackers can be defeated, but are also able to communicate these difficult technical details to affect change. Let's remember him for the battles he won.

Statement on the Passing of Mike Assante

It is with deep sadness that the SANS Institute shares this statement on the passing of Mike Assante. Mike reached the end of a long and hard-fought battle with cancer on Friday, July 5. He will be deeply missed by our community and most importantly as a husband and father. 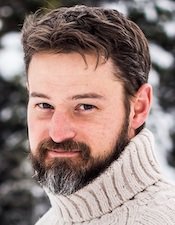 A pioneer in the field of industrial control system cyber security, Mike made a long list of remarkable contributions to the advancement of critical infrastructure system design, threat intelligence, detection, mitigation, and incident response capabilities within the ICS community. The world is a safer place because of Mike.

Mike was selected as Naval Intelligence Officer of the Year in 1997 and was a prolific leader to the ICS security community for more than 20 years. After exiting the Navy, Mike became one of the youngest Vice Presidents and Chief Security Officers for American Electric Power (AEP). He worked with the Idaho National Labs for many years on various ICS-specific projects that would eventually lead him to become the first Chief Security Officer of the North American Electric Reliability Corporation (NERC). He also served as a board member for the Center for Internet Security (CIS), and was a member of the Commission on Cyber Security for the 44th Presidency. On July 9th, Representative James Langevin from Rhode Island recognized Mike’s great work during a live session on C-SPAN.

Mike also received many industry awards and honors, earning InfoSecurity magazine’s security leadership award for his efforts as a strategic thinker, the S4 SCADA Diva award, the RSA 2005 Outstanding Achievement Award in the practice of security, and the SANS Lifetime Achievement Award for outstanding accomplishments and long-term impact on ICS security.

Many in the cyber security community are paying tribute to his legacy as Director of the SANS ICS and SCADA security curriculum. Tim Conway said, “I am one of the blessed people who have had the opportunity to work with Mike for many years in various roles, and in each one he encouraged me to challenge myself and move in ways I would not have been comfortable with if he was not with me. Each of us in the cyber security community who had the opportunity to work with or near him owes much to Mike and to his family who supported his tireless efforts to lead and shape us.

“At this time we have all turned to our family and friends throughout this community for comfort and sharing of stories about Mike. While there are many wonderful things about SANS, I would say without question the one thing that makes this organization different is the family aspect that is present in everything we do. Within the SANS family Mike was like a proud pappa when it came time to talk about the great things he was able to do with the ICS curriculum and the difference it was making in the world. While Mike has had many achievements throughout his work life, I think what makes him happiest is looking down and watching as the people he worked with, cared about, and invested in personally are coming together to support each other and the Assante family.”

Fellow SANS author and ICS Security Curriculum Director Ted Gutierrez said: “Mike’s legacy of accomplishments in the field of cyber security and critical infrastructure protection speaks for itself – the world is safer because of the research he supported, the guidance he provided world leaders, and the new cyber leaders he helped develop. I was so privileged to work alongside Mike at SANS ICS, and to learn from him and from the world’s best cyber professionals that he attracted. But it was in his illness that I learned the most – he fought for and appreciated every single day, and he expressed his heartfelt gratefulness for the opportunities he was afforded and for the people he loved.”

In a CSO Magazine article, Aaron Turner wrote, “I’ve had the opportunity to interact with tens of thousands of cybersecurity experts in over 70 countries around the world, and there is no one like Mike Assante. He has received much greater accolades than I can give from industry publications, policymakers, and others. I’m so grateful that I could work side-by-side with Mike as long as I did. The gratitude is double for being able to call him a friend for over a decade.

“The highest compliment I can pay Mike is that he was tireless in his dedication to working on a complex problem, never taking credit for other people’s work. He acted with integrity at all times, motivating everyone around him to perform to their best potential and being an excellent industry leader. Most importantly, he did all this while being a great husband and father.”

Mike Assante’s legacy is one of innovation, relentlessness, and integrity. He has had a profound impact on the security of our critical infrastructure, and we are proud to have been part of his life and his mission. We will miss him deeply, but we are much better for having known him.