Looking at some local IP addresses in our database during class this week, I came across a host scanning exclusively for port 60001. Interestingly, we did see a marked increase in scans for this port in recent weeks. 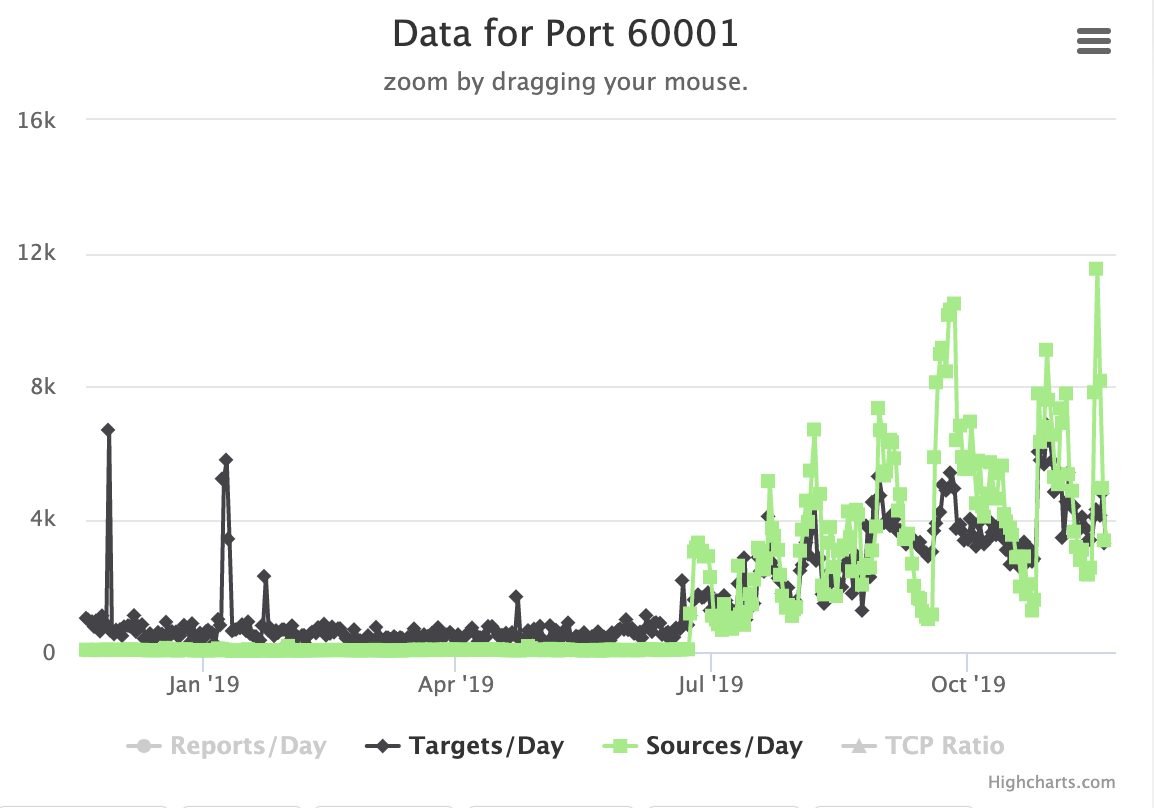 To get to the bottom of this, I set up a quick TCP listener on port 60,001 on a honeypot. Within seconds, an attack reached the honeypot:

Downloading the "advertised" file leads to (sorry the bad language): 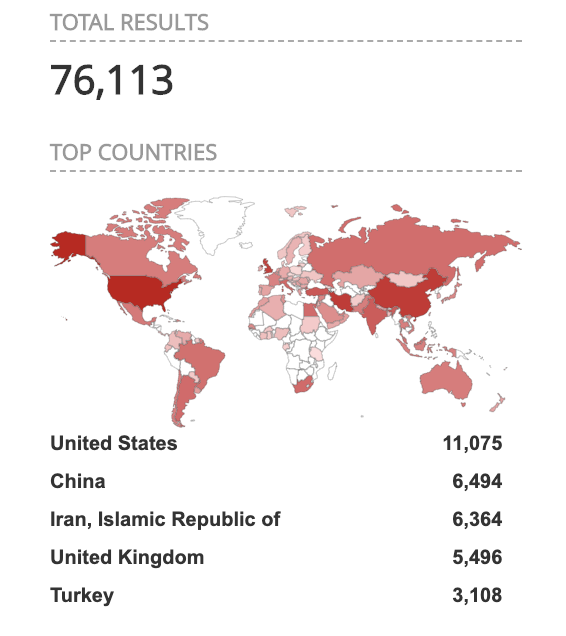 Virustotal identifies these binaries as Mirai variants. Mirai type botnets have been adding more and more web application vulnerabilities to their repertoire.

The exploit appears to match an "MVPower DVR Jaws" remote code execution vulnerability [1]. While the original report of this vulnerability indicated that the webserver was running on port 80, it looks like the bad guys found a good size population of these DVRs listening on port 60001. The pentest report from Pentest Partners regarding this vulnerability shows almost comical incompetence of whoever coded the firmware for these cameras. Moving the webserver to a "hidden" port like 60,001 appears to be considered a likely security measure by a company producing this kind of trash.

A quick Shodan query suggests that out of the about 100k exposed "JAWS" servers. 76k of them are listening on port 60001 (only 10k on port 80). These web servers have an unusually large concentration in Iran. 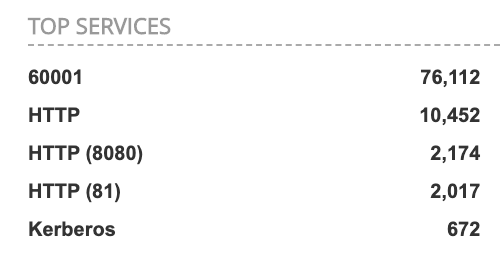