Microsoft is working on a patch.

Following mitigation actions can be taken:

Remark that Microsoft points out the following in its advisory:

For systems running supported versions of Windows 10 a successful attack could only result in code execution within an AppContainer sandbox context with limited privileges and capabilities.

Update: I can't find ATMFD.DLL on any of the Windows 10 machines I have access to, unless it's a version older than 1809. This DLL must have been removed when upgrading to 1809, and this could explain Microsoft's remark about supported version of Windows 10 and AppContainer sandboxes (1803 and older are no longer supported).

Update 2: Microsoft has updated the advisory to version 1.1, confirming that ATMFD.DLL (a kernel mode font driver) has been replaced by FONTDRVHOST.exe running in an AppContainer. In other words, this vulnerability that is inside kernelmode font parsing code in Windows 7, 8 and older versions of Windows 10, is no longer inside the kernel but in an AppContainer with limited privileges.

I have other samples like the malware I covered in yesterday's diary entry.

All with the same body and attachment, it's just the sender that varies. The PowerShell scripts are the same and download from show1[.]website. Like I wrote yesterday, three files are downloaded:

The PowerShell script uses certutil to BASE64-decode the "certificate" to the AutoIt script, and then lauches the AutoIt interpreter with the script as argument.

The PH shellcode contains mutex name "frenchy_shellcode_06", but this name is randomized by the AutoIt script before it is injected and executed.

As the decrypted KPOT EXE is never written to disk, it was unknown by VirusTotal. I did submit it today.

KPOT is an infostealer, as can be guessed from the strings found inside the executable: 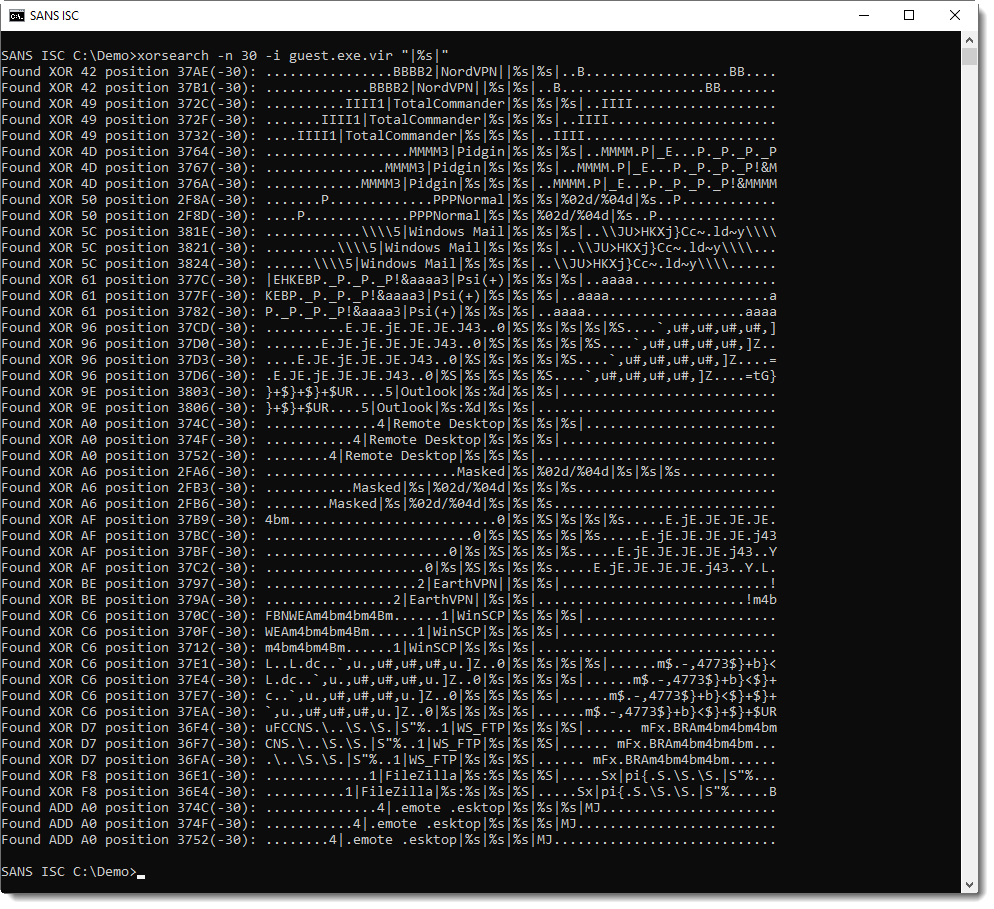 Usually, I explain in detail my analysis steps, so that you can reproduce them. I will do this too for this executable in one or more upcoming diary entries.