Xavier mentioned a YARA rule for the detection of DDE code injection in CSV files.

A simple YARA rule to achieve this would look like this:

This rule triggers on any file that contains the ASCII string "=cmd|".

This rule is case-sensitive. It will only match lowercase string cmd, and not CMD for example. Although =CMD| can also be used for DDE command injection.

A revised rule to handle this case uses the nocase string modifier:

Whitespace characters are allowed between = and cmd.

A revised rule to handle this case uses a regular expression:

Since the pipe character | has special meaning in regular expressions (alternation), it needs to be escaped: \|.

Unfortunately, CSV files have no magic header, we can not specify a condition like "MZ" at 0 like we do for PE files. Thus we still risk to match many files that are actually not CSV files.

That is the problem with a file format like CSV: because of the lack of a header, it can be difficult to write a program/rule to match CSV files.

Remark that I did not let performance considerations guide the development of this YARA rule.

Keywords: yara
0 comment(s)
Join us at SANS! Attend with Didier Stevens in starting

It has some aspects that I want to highlight in this diary entry. oledump.py can be used to analyze it: 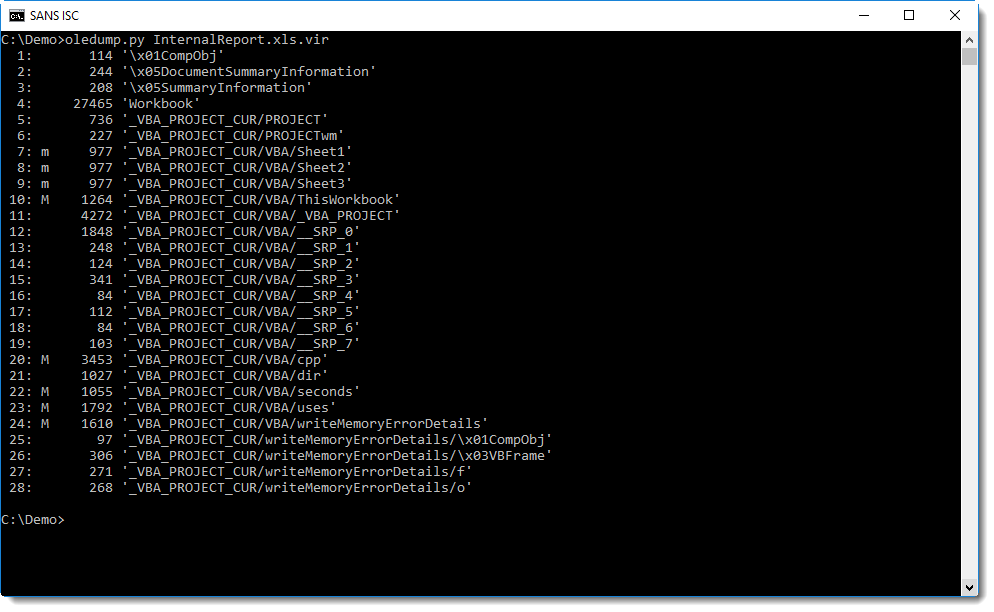 The obfuscated command is a single string:

Function BOOL decodes the string, by calling function Check to do the decoding character per character. Unlike similar functions in malicious documents that use a For or While loop to iterate over each character of an encoded string, function Check uses recursion (RED): 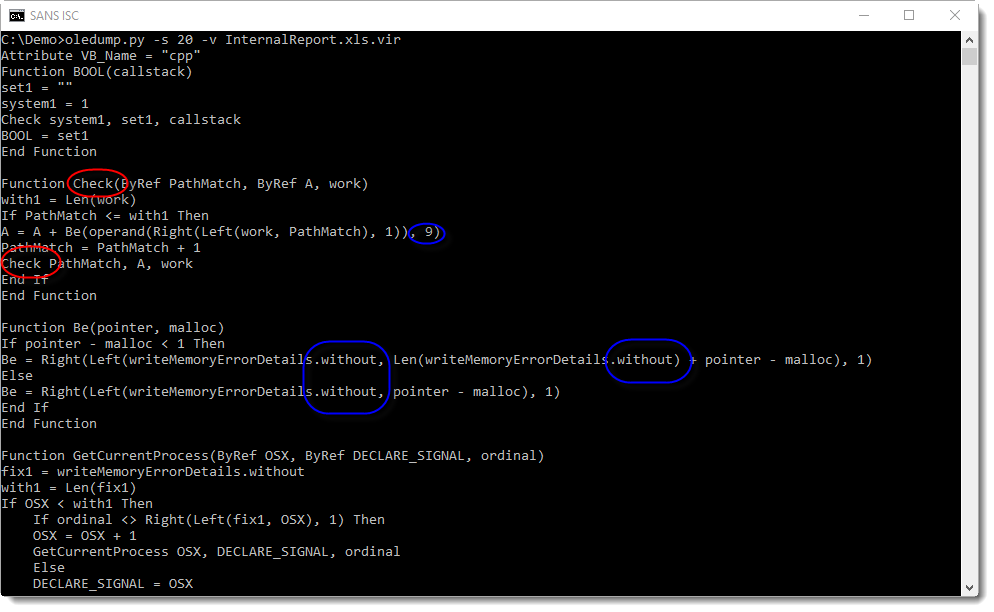 The decoding is done by shifting each character 9 positions to the left (BLUE), not using the ASCII table, but using a custom table hidden as form property "without" (BLUE and GREEN): 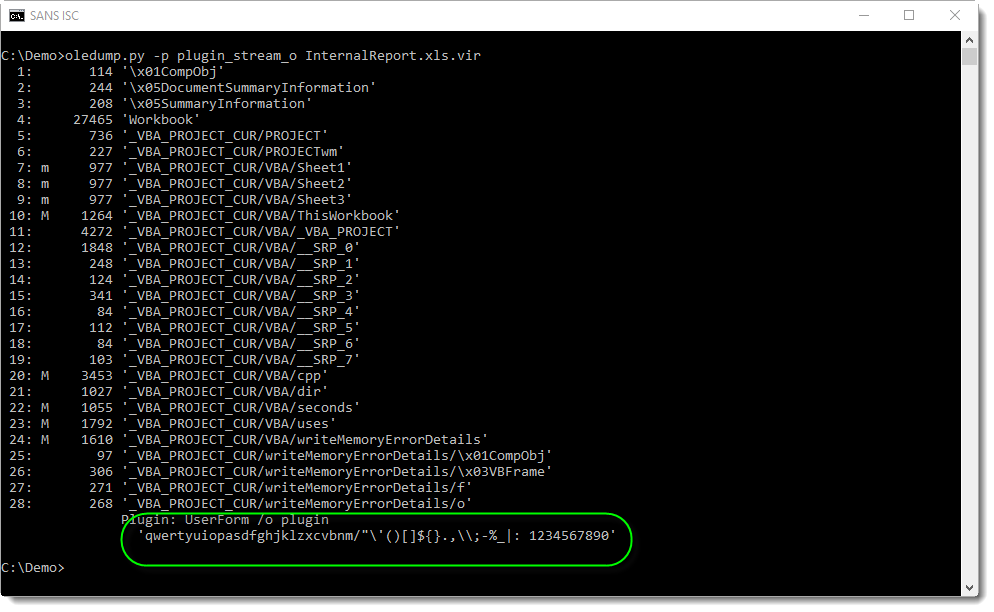 It's a substitution cipher. This encoding can also be decoded with translate.py, albeit not with a single expression, but with a small function:

After extraction of the encoded string with re-search.py and replacing 2 double-quotes with a single double-quote using sed (that's how VBA encodes a double-quote inside a string), it can be simply decoded with translate.py by passing the script with option -s and calling the decoding function Substitute:

You can use this translate script if you encounter similar encodings: just replace the offset (9) and the custom table ("qwerty...") with your own.