If its happen that you like to run your honeypot on a Windows system then Honeyport is something worth to try.

Honeyports is a powershell script that  will Creates a job that listens on TCP Ports specified and when a connection is established, it can either simply log or add a local firewall rule to block the host from further connections.

The script is written by John Hoyt, Carlos Perez and Greg Foss and it’s available on  https://github.com/Pwdrkeg/honeyport/

Once you download the script you need to run it with an administrator privileges ,in this example I am going to configure it to listen on port 2222

One of the greatest features of the honeyports powershell script that it will log to the Windows events ,the events would be logged under the name of honeyports 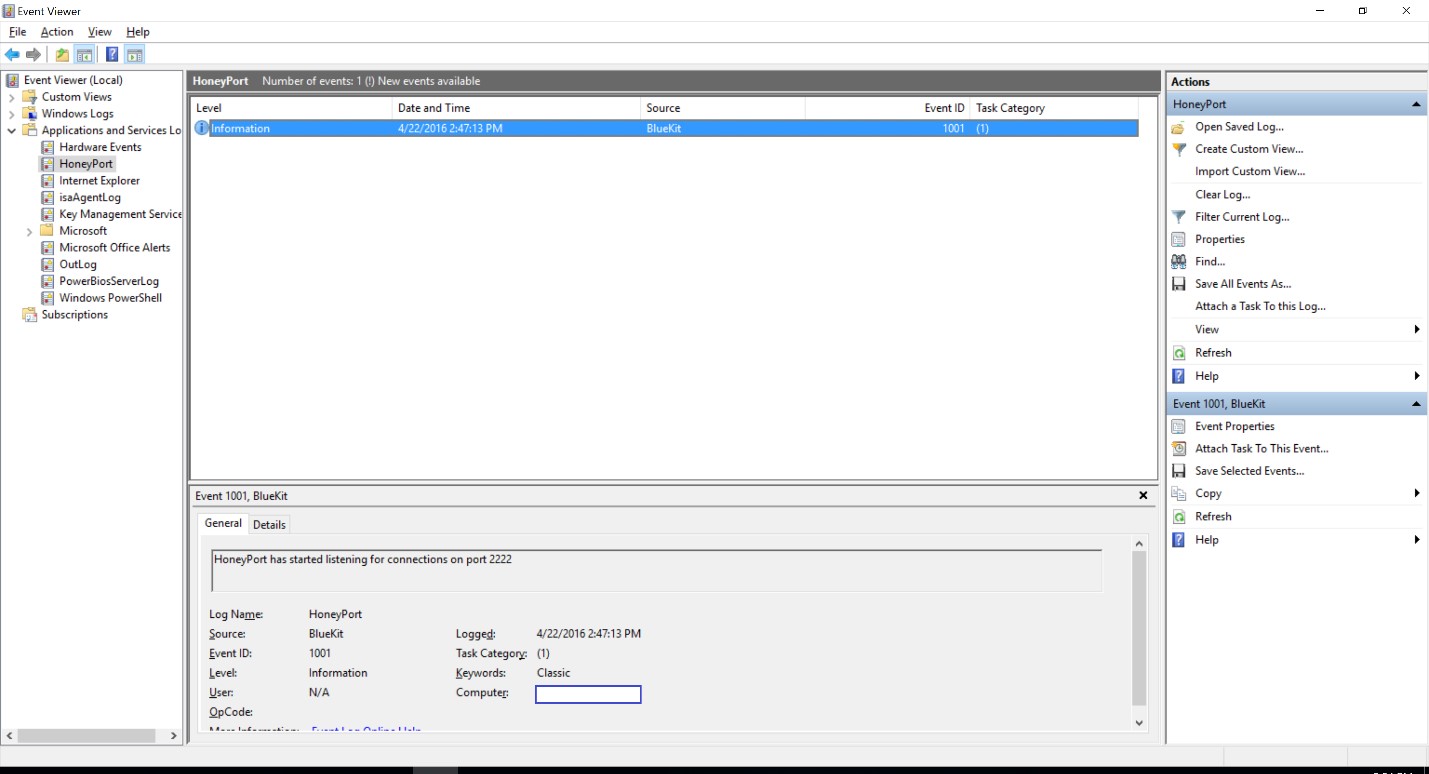 From another machine I will netcat to port 2222

And I will run the following powershell command

Now let’s explore one more thing , honeyports can block the IP address that established a connection to the specified port by adding a new rule to the Windows Firewall.

And when we check the eventlog

The script will block only the tcp protocol from that IP address. If you would like to block all the traffic you need to do a small modification to the script.

On line 133 you have to change

Keywords:
0 comment(s)
Join us at SANS! Attend with Basil Alawi S.Taher in starting