A review of Tubes, A Journey to the Center of the Internet

While not immediately or obviously related to information security, I was so profoundly affected by my recent read of Andrew Blum's (@ajblum) Tubes, A Journey to the Center of the Internet, I believe it warrants a review for the Internet Storm Center readership. Remember an Internet ice age ago (2006) when Senator Ted Stevens described the Internet as "a series of tubes?" To this day it's a well recognized Internet meme, but Blum's Tubes goes a long way towards establishing discernible credibility for the good Senator's declaration. In this extraordinarily well-written exploration of the Internet's physical infrastructure he acknowledges that "one thing it most certainly is, nearly everywhere, is, in fact, a series of tubes."
Even as an engineer and analyst who has spent many years helping defend one of the world's largest Internet presences I found Blum's book extremely refreshing and deeply insightful. I've been in some of the very datacenters and Internet exchanges he describes and yet sadly have taken for granted that, as this book forces you to recognize, the Internet is a physical, living thing and does indeed flow through tubes.
Blum manages to convey a true sense of the physicality of the Internet while asking lucid questions regarding its core nodes and links. Of a router he ponders that which is invisible to the naked eye. "What was the physical path in there? And what might that tell me about how everything else is connected? What was the reductio ad absurdum of the tubes?" Heady stuff to be sure, but he continues a few pages later indicating that on his journey to the center of the Internet his bare common turned out to be the router lab, and that what he saw "was not the essence of the Internet but its quintessence-not the tubes, but the light." That light, that quintessence, is all about the fiber, the glass tendrils, that make up our incredibly connected world. What Blum's book requires of you to consider and always rememeber is how physical that connectivity really is.
Blum's exploration of the Internet is an actual walk through major network exchanges (PAIX, LINX) and providers (Equinix), to the cable landing station near Land's End in the UK where endless fiber connections terminate before their transoceanic journey via cables to points world wide. He spends time in datacenters near and dear to my heart in the Columbia River Valley while encapsulating the work of visionary people whose work I've long admired, such as Michael Manos.
Blum's digital safari even occasionally wanders into the darker corners of the Internet where much of my worry focuses.
First, he expresses nervousness regarding the "concentrated" nature of the exchanges and datacenters that serve as the core hubs of our Internet and wonders if it's responsible to explore and describe their physicality at such length. Yet, he discovers and concludes that there is an openness derived from the Internet's legendary robustness. "Well designed networks have redundancies built in; in the event of a failure at a single point, traffic would quickly route around it." He points out that one of the more significant threats to the Internet "is an errant construction backhoe." I can't tell you how many times we've lost connections due to fiber cuts while unrelated construction was underway that directly intersected our physical paths, or an anchor dragged the ocean floor in just the right (wrong) spot.
Second, Blum calls into question some of the "disingenuous" and "feigned obscurity" of the cloud "which asks us to believe that our data is an abstraction, not a physical reality." He voices his frustration further referring to that "feigned obscurity" as a malignant advantage of the cloud as it practically demands our ignorance with a "we'll take care of that for you" attitude. Blum points out that our data is always somewhere, often in two or more places, and that we should know where it is. He asserts that a basic tenet of today's Internet is that if "we're entrusting so much of who we are to large companies, they should entrust us with a sense of where they're keeping it all, and what it looks like."
Weigh this premise against revelations brought to light via Snowden's disclosures and you've got some deeper thinking to do as to the true nature of your data and expectations of privacy.
Tubes, A Journey to the Center of the Internet, is quite simply the best book I've read in a very long time. Blum's ability to converge technology and wit, data and philosophy, and dare I say, humanity with the Internet, transcends information security or network engineering. Blum is a gifted writer whose eloquent storytelling and turn of phrase bring many positive returns.
Tubes reminds us that the "Internet is made up of pulses of light" and while those pulses might seem miraculous, they're not magic. Blum asks that we remember that the Internet exists, that it has a physical reality and an essential infrastructure. In his effort to "wash away the technogical alluvium of contemporary life in order to see - fresh in the sunlight - the physical essence of our digital world", Blum succeeds well beyond words that my simple review can convey.
Treat yourself, and a friend or loved one, to Tubes this holiday season and enjoy; you will experience the Internet in a wholly different light.

Google having a hiccup in Colombia

Today google is having a hiccup in Colombia. Users accessing www.google.com are having the following result:

That looked weird. I was wondering if it was some kind of DNS spoofing attack, but it's not. www google.com.co is working ok, but not www.google.com. Both of them are in the same netblock: 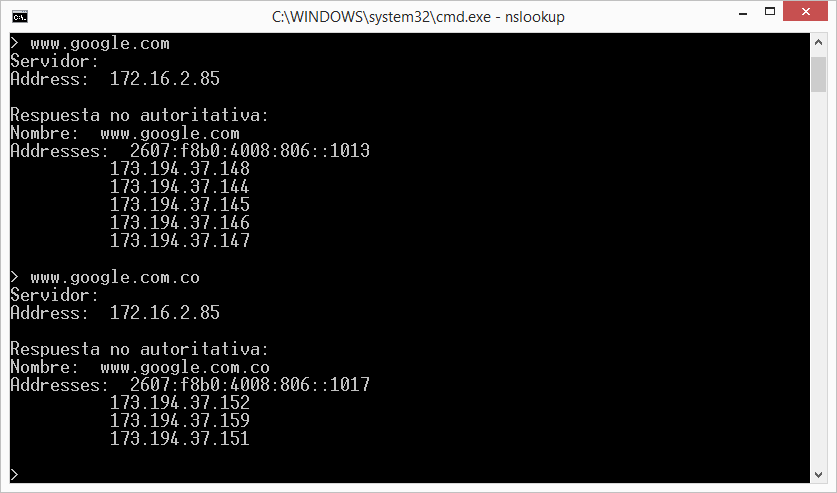 TCP stream of packet capture shows a redirection to a non-existent file: 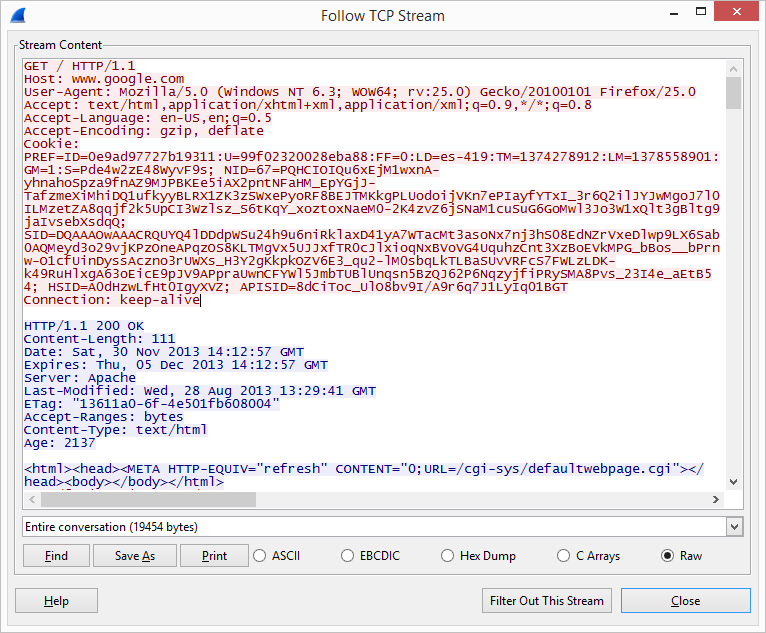 Full packet capture of this problem can be downloaded here.

Are you noticing the same problem? Please contact us!