Log In or Sign Up for Free!
PHP 5.4.4 and 5.3.14 released with fixes for DES crypt issue and phar heap overflow

We have seen a couple of reports recently of pretty well done Verizon Wireless phishing attempts. At this point, I haven't gotten one with the target site still up, so they may try to install malware instead of just asking for Verizon credentials.

update: Paul just wrote in that he caught some of the links still active, and indeed they are trying to install malware and don't ask for credentials. And fellow handler Pedro notes that the malware is a blackhole exploit kit that will try to install Zeus.

See if you can spot the fake one. The answer is below the images (click to open image in new window at full resolution) 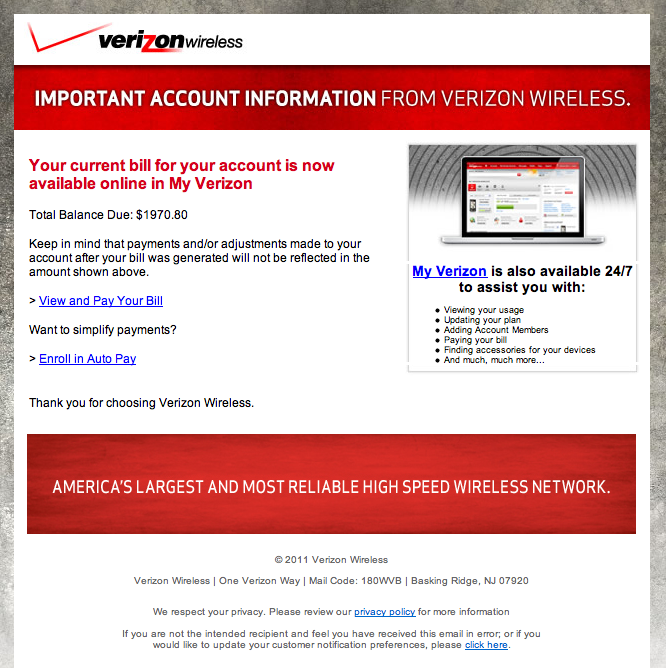 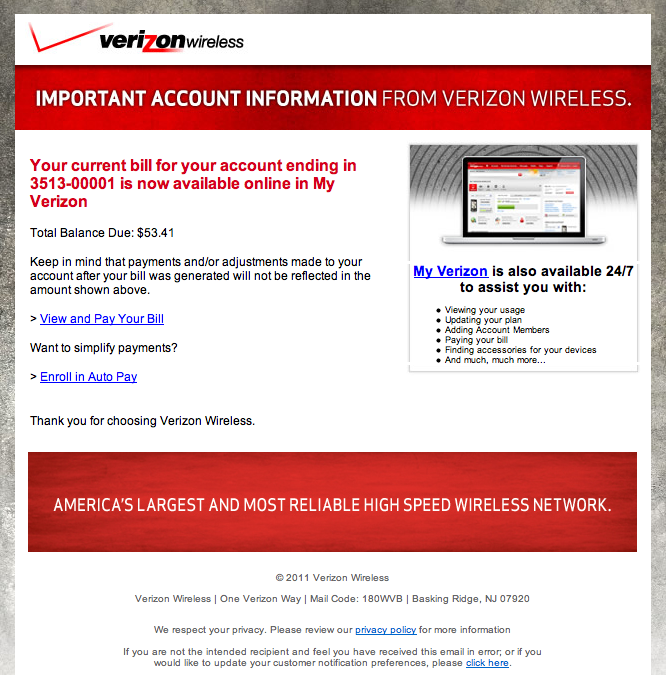 The left one is the fake. The only give away is that the fake e-mail doesn't include the partial account number, and typically indicates a large bill > $1,000 (at least large for me). I assume the large amount is supposed to cause panic clicking.

VMWare Released a new security advisory (VMSA-2012-0011) for its products [1]. The advisory covers pretty much all of VMWare's virtualization platforms (Player, Workstation, Fusions, ESX and ESXi).

I would not consider either one of these as "super critical", but in particular the first issue should be patched soon.